From range to firepower, when it comes to guns – size matters. Mankind had always been keen on finding ways to main, kill and burn each other and in the process, driving innovation. However, it was only after the onset of the industrial revolution that we began to see true giants fielded on the battlefield. Guns began to increase progressively in size as rival great powers competed in a bid to outpower and outrange each other. This trend, however, ended with the onset of rocketry which nullified any advantage of fielding such expensive behemoths.

Ranking the guns on our list was by no means a straightforward task. Measuring guns by their caliber created a list that defied common sense. For instances, the famous Tsar Cannon had a caliber of 890 mm (35 In) but with a size of only 17.5 ft., it’s safe to say that it was far smaller than the 1.3 kiloton Schwerer Gustav which had a caliber of 800 mm (31.5 In). Nor measuring the guns by weight would have been without controversy as there were different interpretations of what constitutes the “gun”.  As an example, the Adolf canon included in our list, when measured solely by its barrel and breech weighs a mere 160 tons but if the entire structure was used in our calculation of the gun’s weight, it would be a whopping 1453 tons in total! We finally came to the conclusion of ranking the guns by the size of what they could fire. Here is our list of the top ten biggest guns ever made in history.

Far larger than even the famed Big Bertha, Gamma Mörser was a super-heavy siege gun designed to level fortresses. Ten of these monster artilleries were manufactured by the end of the First World War. A sole specimen that survived again saw action during the Second World War during the attack on the Maginot line and during the siege of Sevastopol. 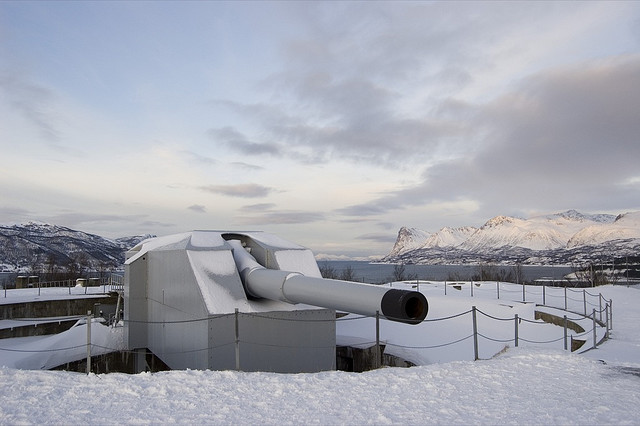 Originally intended for use as battleship turrets, the guns instead were deployed as coastal artillery to defend the shores from allied invasion. They saw considerable service on both of the European Front. Eleven of these guns were produced and the last of these was formally decommissioned in 1964.

A desire to defend the country’s major seaport prompted the United States army to procure a number of large artillery guns for use in coastal batteries. Based on experience with French artillery during the Frist World War, the M1919 gun was a European influenced design employing the wire-wound method. A total of eight of these guns were built and all pieces were scrapped by 1948. In terms of weight, it is the second heaviest gun on our list.

The main armament of the iconic Iowa-class battleship, the guns have a long and illustrious history of service, seeing action in virtually all major American wars of the previous century since it’s deployment. The weapon was also utilized in Project HARP – an experimental gun-based space launch research program. 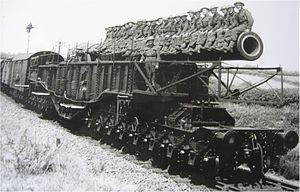 Developed too late for the war effort, the massive railway guns were soon placed in storage until the onset of the Second World War where they were repurposed as coastal defenses. Five were produced but none of the guns saw any action throughout their service.

The biggest naval gun to be used in World War II, the Type 94 Naval Gun was designed as the main armament of the super-battleship Yamato and its sister ship, Musashi. Despite its unconventional size, the gun had a surprisingly good rate of fire of 2 rounds per minute. The actual designation of 40 cm (15.7”) for the gun’s bore was made in an effort to conceal its true size. 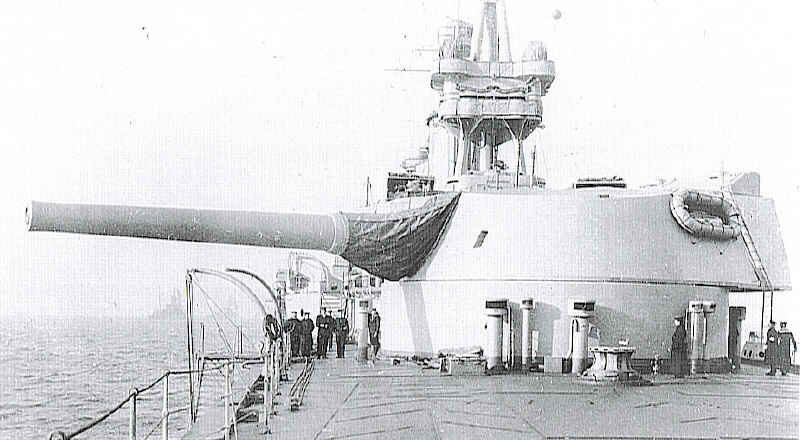 Conceived by British First Lord of the Admiralty, John Fisher as “the biggest possible gun mounted on the fastest possible ship”, it proved to be too powerful to be armed on the ship it was intended for. Instead, the guns were refitted on Lord Clive-class monitors to be used for coastal bombardment purposes. At the time, only one company in the entirety of the British Empire was capable (or crazy) enough to manufacture the giant guns and only 3 pieces were ever produced.

One of the largest caliber guns ever built, Little David was originally intended for test firing aerial bombs rather than for use in combat. However, in anticipation for the planned invasion of the Japanese home islands, the gun was converted into a mobile siege unit weighing ~78 tons but its use never materialized due to the development of the Atomic bomb.

Designed to counter the defenses of the Maginot line, each of these super-heavy howitzers was accompanied by a retinue of cranes, heavy transport trailers and modified tanks that carried its ammo. Its bunker busting heavy shell, when fired, would leave behind craters 15 m (49 ft.) wide and 5 m (16 ft.) deep. One specimen still survives and is on display at Kubinka.

The biggest baddie in history, Schwerer Gustav (and its sister artillery, Dora) easily dwarves all other guns on this list by a huge margin. Developed explicitly for destroying the French defenses, it was fielded too late for its purpose. Redeployed in Russia as part of Operation Barbarossa, it saw action during the siege of Sevastopol. Gustav was the highest caliber weapon ever to be used in combat, fired the heaviest shell of any artillery piece in existence and was the biggest ground mobile unit ever to be created for a military purpose. Both Gustav and Dora were destroyed during Germany’s retreat on the Eastern Front to avoid capture by the Red Army.

The brainchild of an Irish engineer and seismologist, the super heavy mortar was designed for use in the Crimean War against Russia but was developed too late to have any impact. Two were produced and both never got to see any use on the battlefield. It is not included in our ranking due to its rather obvious small size, regardless of how we interpret its mass.

What if the Axis had won World War 2?

WW1 Quiz: Can you Survive the Battle of Somme?