The US-led the free world against the communist bloc who threatened to destroy democracy – this we are all told. However, such a statement is gross mis-generalization. In the context of the cold war, where a single miscalculation dared threaten nuclear Armageddon, pragmatic realism triumphed wishful idealism when it came to foreign policy. Thus, the USSR was not above supporting nationalist states and the US not shy of destroying another’s liberty. Listed are the confirmed instances of democratically elected governments overthrown by the US. Nonetheless, it can reasonable to say the list is far from complete. Until the dissolution of the USSR, many of its secrets remained unknown, even to Allied intelligence. Possibly, the same can be said for the US but hopefully to a lesser extent.

Recommended book: Legacy of Ashes: The History of the CIA  by Tim Weiner

Upon refusal by Panama’s government to grant a lease to the US military to build military installations in the country, Arnulfo Arias presidency was cut short by a bloodless coup backed by the US. The new government quickly negotiated the transfer of defense sites to the US and entered the war against Axis, the first Latin American country to do so.

Syria was the first former colony in the Arab world to achieve independence from the European powers. According to Miles Copeland Jr., a former CIA officer, in his book Game of Nations, the democratically elected minority government under Shukri al-Quwatli was deemed too weak. Fearing a possible rise in communist influence should the government collapse, the CIA supported the military Junta led by Colonel Za’im in overthrowing the government “as a way of safeguarding … the long-term prospects of democracy in the country.” Interestingly, the construction of the Trans-Arabian Oil Pipeline, which was previously held up in the Syrian parliament, was approved within a month by the new military regime.

The democratically elected government of Mohammad Mosaddegh wanted to nationalize Iran’s oil reserves and thus weaken foreign influence in the country. In reaction to this, both the Winston Churchill and the Eisenhower administration authorized the overthrow of the regime in favor of strengthening the position of the Shah of Iran.  The CIA and their British counterparts hired local mobsters to create riots and increase political instability in the country. A CIA backed army coup finally overthrew the government and granted dictatorial powers to the Shah.  The monarch would then on rule the country firmly with an iron fist until his own overthrow in the 1979 Iranian revolution.

Following the overthrow of dictator Jorge Ubico, Guatemala set on a path to become a thriving liberal democracy. Jacob Árbenz was the second democratically elected president of the aspiring country. Unfortunately, his land reforms, which were aimed at reducing inequalities and improving production by redistributing uncultivated land didn’t sit well with the United Fruit Company (UFC), an American corporation with extensive stakes in the country. UFC had benefited heavily under Ubico at the expense of the local peasants and now saw its privileged position under threat. Through extensive lobbying, it persuaded the US government to overthrow Árbenz’s government. Launching Operation PBSUCCESS, the CIA forced Árbenz to resign. What followed was a brutal dictatorship under Carlos Castillo Armas that quickly rolled back previous reforms. Following his assassination, the country would plunge into 36-year long civil war in which nearly 200,000 people would be killed, mostly by the US-backed government forces.

The murder of Lumumba, in which the U.S. was involved, in the Congo destroyed Africa’s major hope for development. Congo is now total horror story, for years. –  Noam Chomsky

Patrice Lumumba was a Congolese Freedom fighter and politician who played a major role in the Congo’s transition from a Colonial state. Unable to garner American support against Belgian interference, he gravitated to the Soviet Union, which alarmed the US government. The US, along with Belgium, quickly began providing support in terms of intelligence and logistics to Colonel Mobutu, who launched a coup against Lumumba, had him captured and deposed. His body was later exhumed and dissolved by acid. Mobutu’s regime, with the backing of the US, would be characterized by severe human rights violations, corruption and economic exploitation. Thanks to him, today Congo remains one of the most politically unstable and poor countries on Earth.

Following the failure to re-align Brazilian President João Goulart with US interest, Kennedy finally authorized his immediate removal. Supported by the CIA, anti-Goulart forces with the military mounted a successful overthrow of the government and established a dictatorship that would last until 1985. Within two years of the coup, concessions given to foreign companies by the new government allowed them to dominate Brazil’s economy. 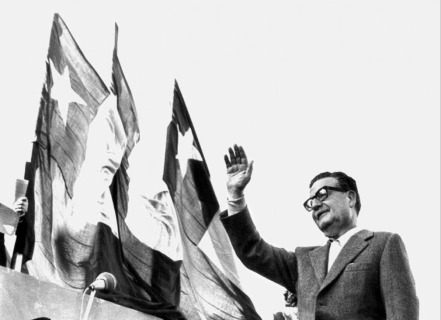 Once Allende comes to power we shall do all within our power to condemn Chile and the Chileans to utmost deprivation and poverty. – Edward Korry, US diplomat

Fearing the possibility of a “well-functioning socialist experiment” within American’s own backyard, the US administration under Nixon began diplomatically and economically isolating Salvador Allende’s government. Pressure from the US and the rightwing opposition lead to a constitutional crisis and the eventual overthrow of the democratically elected government by the Chilean army and the establishment of a junta under Pinochet. Some historians regard the 1973 coup as one of the most violent events in the country’s history.

Analysis: Why is Latin America poor but the US rich?

13 Infamous US Criminals and Their Last Words