Observing the world around us, it is hard to believe that we are currently going through a massive extinction event, the likes of which last occurred 65 million years ago. Therefore, it is important to raise awareness about the rapid disappearance of our natural heritage, least we can prevent some of the losses. The animals listed here are all from recent histor when knowledge of extinction had been fairly common, thus makes the tragedy all the more condemnable. Virtually all were the direct cause of human activity. One should be noted that the list here is but a fraction of all confirmed species that died out within the last century.

Easily distinguishable by its distinctive appearance, the golden toad range was limited to just a mere 1.5 sq. ml area. It was first discovered in 1966 but would become extinct just 3 decades later. A possible explanation for the extinction ranged from the El Nino effect, climate change and spread of infectious fungi, likely it was a combination of all three. The disappearance of the golden toad is just one example of the ongoing amphibian crisis currently happening around the world.

The Pyrenean Ibex was a fairly common sight in the Iberian Peninsula until the turn of the 19th century. Residing in mountainous terrains, they were fairly shielded from human activities. It is still unknown what caused the rapid decline of the species but hunting and competition from livestock are sometimes suggested. The animal officially became extinct in the year 2000, though efforts to revive the species resulted in a cloned specimen in 2009 but it soon died from a lung defect. 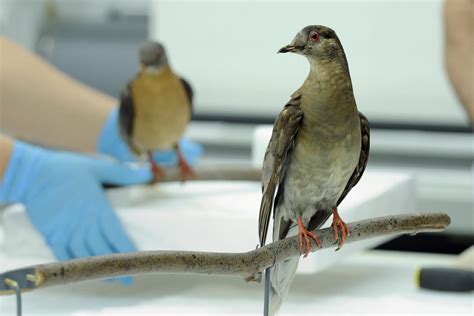 Native to North America, this migratory bird once numbered in the billions, flying in great flocks across the continent, its abundance made it attractive to European settlers as a source of cheap meat. Hunting intensified in the 19th century and along with the destruction of the pigeon’s nesting grounds rapidly decimated its population. A female named Martha was the last member of the doomed species and died in 1914 at Cincinnati Zoo.

The Bubal Hartebeest was native to Northern Africa and is depicted in many ancient and classical cultures such as the Egyptians and Romans. The population, previously stable, quickly began to dwindle following French conquest of the region. The last known herd of around 15 animals was spotted in Morocco in 1917, all but 3 killed off by a hunter.

Found in the tropical waters of the Caribbean Sea, the seal species was said to be quite docile and friendly in nature. Unfortunately, this also made it very easy to kill. The hunting of the seal began as soon as it was discovered by European explorers, being sought after for its oil and blubber. Surprisingly, the species still managed to survive into the 20th century but as a result of heavy overfishing, the remaining population perished from lack of food. The last confirmed sighting of the seal was in 1952.

The Carolina Parakeet was one of the only two parrots native to the United States, the other being the endangered thick-billed parrot.The species became to see a decline following the colonization of its range by European settlers. Its meat was poisonous but nonetheless, it was hunted extensively for its highly prized feathers. By the end of the 19th century, its range has been reduced to swamps of central Florida. The last member of the species died at Cincinnati Zoo in 1918.

The giant tortoises of the Galapagos Islands evolved in relative isolation from the rest of the world. When Europeans sailors discovered the islands, they found the peaceful lumbering giants to be a convenient prey and hunted them extensively for meat and virtually wiped them out on many islands.  One of the tortoise’s subspecies, presumed to be extinct, was rediscovered in 1971 when a single male was found. Named lonesome George, he was the last member of its species and lived till the age of 100, dying in the summer of 2012.

In the rainforests of Indonesia, two subspecies of tigers existed on the archipelago: the Bali and the Java. The subspecies were smaller than their mainland counterparts.  Both of the tigers began to decline following the arrival of Europeans. Hunting for sports and habitat destruction culled their populations. Tigers extirpated in Bali by the 50s and in Java by the 70s. 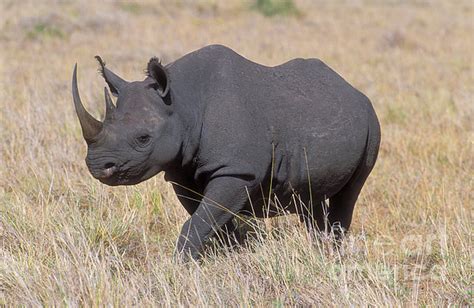 In the 1900s, the population of the West African Black Rhinoceros numbered in the hundreds of thousands. Merely a century later, it had dwindled to less than 10 individuals. Falsely believed to have magical properties, the animal was hunted heavily for its horns, for which demand was high in Chinese and Vietnam. It was finally declared extinct in 2011. 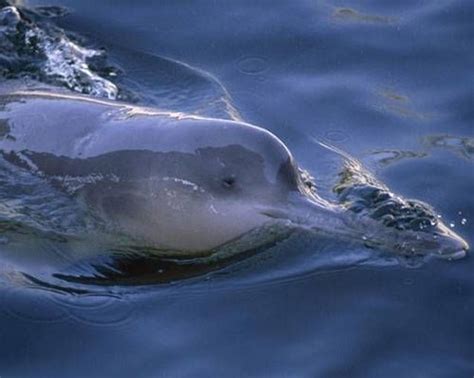 The unprecedented growth of China’s economy came at a cost of its natural heritage. Pristine forests became eroded badlands, rivers mere streams of industrial waste and many native species forever vanished in this maddened drive for development. One of the notable of such animals was the Baiji River Dolphin, known as the “goddess of Yangtze” in Chinese folklore who protected fishermen on their trips. Historically few in numbers, heavy pollution, habitat loss and unsustainable fishing methods finally let to its disappearance by the turn of the 21st century.

One of the largest cat species to have ever lived, the Caspian tiger was the apex predator of the Central Asian plains. The demise of the majestic animal gained pace with the conquest of the region by the Russian Empire and intensified from then on. No member of the species was sighted after 1953, though some of the isolated populations may have survived into the 1990s. 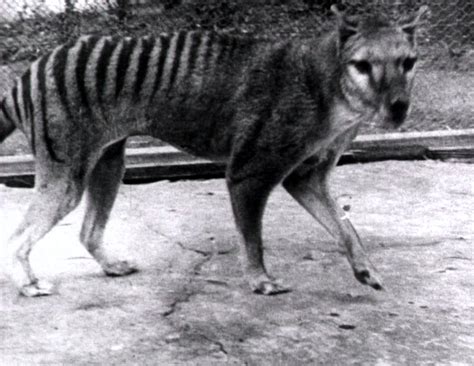 The Tasmanian tiger, despite its fearsome name, was harmless to humans. It was the largest species of predatory marsupial that had survived into the modern times. Long extinct in Australia because of humans or climate change, its last stronghold in the island of Tasmania too was overrun with the new arrival of European settlers, which quickly hunted the shy carnivore into extinction. The last member of its kind died in 1936 at Hobart Zoo from neglect.